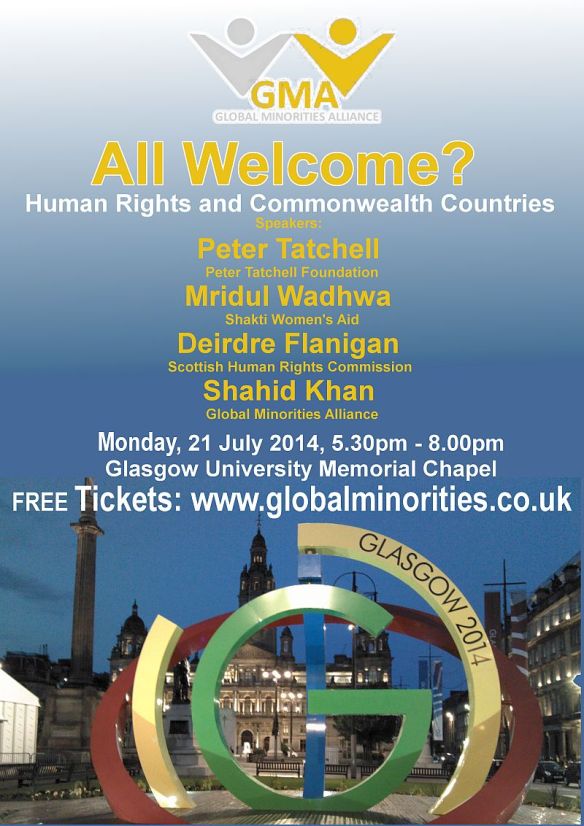 Global Minorities Alliance (GMA) a Glasgow based human rights organisation which fights for the rights of the minorities worldwide is organising an informal talk at Glasgow University Memorial Chapel to discuss the human rights issues in members of Commonwealth countries.

The talk is part of GMA’s work to raise awareness about human rights abuses in the member states from the anti- conversions laws in India to the criminalisation of LGBTI communities in African member states of the Commonwealth.

END_OF_DOCUMENT_TOKEN_TO_BE_REPLACED 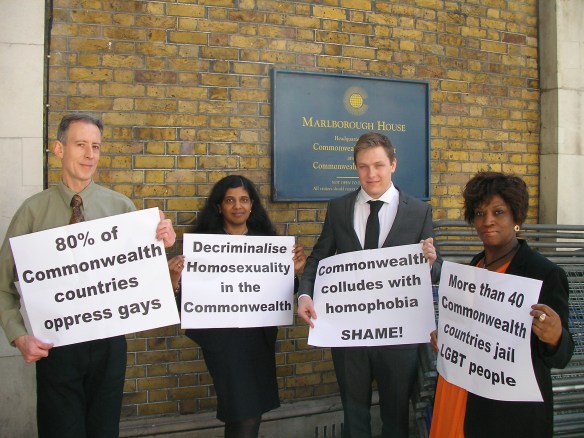 When the Queen opens the Commonwealth Games in Glasgow on 23 July it will be a joyous moment for athletes, spectators and a global audience of millions. But for many victims of human rights abuses in Commonwealth member states the celebrations will seem misplaced.

How can the Commonwealth be revered when human rights abuses are so widespread within it: often including detention without trial, torture, the death penalty, media censorship, sexist and ethnic discrimination and restrictions on the rights to protest, strike and freedom of expression?

Some of the most marginalised victims of persecution in the Commonwealth are lesbian, gay, bisexual, transgender and inter-sex (LGBTI) people.