A historic general election is about to take place in Myanmar, and hopes for transition to full democracy remain high. But there are already worrying signs.

In Rakhine state, the hardline Arakan National Party looks set to win a landslide in the country formerly known as Burma. That could mean a drastic escalation in a pattern of discrimination and violence against Myanmar’s Rohingya Muslims – a crisis that many observers have decried as genocidal.

On the eve of the elections, human rights groups are imploring the UN to investigate possible acts of genocide against Myanmar’s Rohingya Muslims, on which we at the International State Crime Initiative have just issued a report.

END_OF_DOCUMENT_TOKEN_TO_BE_REPLACED

The recent reports of two Nepalese maids, raped and illegally confined by Saudi Arabian Diplomat Majed Hassan Ashoor, clamour for justice and protection of migrant workers in India that are often subject to abuse and fraud.

The plight of Nepalese Migrant Workers

Punctuated with debilitating economy, millions of Nepalese travel to neighbouring countries like India, which has unrestricted entry for Nepalese nationals. In a bid to support their families, many unfortunate workers are often duped by human traffickers and land in unwanted circumstances. The dream selling of so-called unscrupulous agents begin to haunt these migrant workers that are stranded on the streets in a foreign country with nowhere to go while they often become ‘victims’ of violence and fraud. According to Nepalese Official data on average around two migrant workers die abroad each day with death toll topping 240 between January to April in 2014 alone. 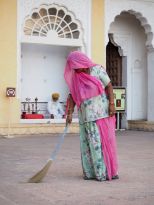 In the newly discovered case of abuse of migrant workers, two Nepalese women were held at the luxurious residence of Saudi diplomat Majed Hassan Ashoor in the city of Gurgaon near New Delhi for several months until a non-governmental organisation flagged the issue and filed a complaint against alleged rape and confinement. The police rescued the women from the residence and they were sent back to Nepal later. Meanwhile, the diplomat also left India with his family flying the flag of Saudi Arabia, I presume.

A case of diplomatic inviolability?

Why was diplomat not arrested against the crime which challenge women across the world and in India in particular where rape unfortunately occurs so very often? According to the Vienna Convention on Diplomatic Relations, Article 41, the consular in the receiving State enjoys various perks and privileges as stated in the convention and the Article 41.1: ‘Consular officers shall not be liable to arrest or detention pending trail, except in the case of a grave crime and pursuant to a decision by competent judicial authority.’

Without doubt rape is a ‘grave crime’ which hurts women physically, mentally, socially, culturally and subsequently also economically. Therefore, it is necessary to protect and safeguard women in vulnerable conditions such as these Nepalese women who left their homes and families for a ‘better’ life in India. Being a foreigner in a hostile atmosphere even further puts you at the fringes of vulnerability.

The Nepalese Ambassador in New Delhi, Deep Upadhyay told reporters that the case should be pursued even if the diplomat had left the country. ‘The victims must get justice’ said Mr Upadhyay.

What churns my stomach most is the silence and denial of Saudi government against the case in question. The sudden ‘exit’ of its criminal diplomat coupled with Saudi government claim about the case being ‘baseless’ reeks of underhand ‘deal’ between Saudi Arabia and India which was also echoed by former Indian Secretary Maharaj Krishna who dubbed the departure of criminal diplomat as ‘solution arrived at through mutual consultation’.

The victims must get justice

Diplomats are ambassadors of a state, a well sought after public service, they are an embodiment of trust, respect and honour in any receiving country. However, for the case in point, beyond the veneer of International convention and diplomatic inviolability lies the pernicious abuse of power and lust, preying at the weak and drawn out existences of these women who for better lives, left their country to feed and support their families back home. Unknown to the future perils in the foreign land, they among others are often hoodwinked, abused, confined, assaulted and often murdered by those who in their big cars flying the flag of their state kill them – like flies in the hands of wanton boys.

A rape is a rape is a rape is a rape! The dignity of women should be protected and the criminal should be prosecuted by the law of the land. The Saudi Government must take a stand and prosecute its criminal beyond the state politics since everyone should be equal before law regardless of a rank or hierarchy.  Equally India as a host nation must act responsibly and protect the rights of the migrant workers who help spin the economic wheel of their country and must provide them a safer atmosphere in a much needed dignified way.

Shahid Khan is the vice

-chairperson of Global Minorities Allliance http://www.globalminorities.co.uk. He can be reached on twitter @shahidshabaz

The second millennium development goal in Kenya is to achieve free universal primary education by 2015. As of now, Kenya is still struggling to educate its children especially in informal settlements where children attend poorly regulated informal schools raising prospects of poorly equipped workforce in the future. According to Kenya Open-data, a government information portal, at least 3 million Nairobi residents live in slums.

The Kenyan government supports only 8% of the schools in Kibera. For other schools to thrive, parents must pay some fees for paying teachers and labourers and buying stationery. These locally run schools have no government teachers posted there hence rely on untrained teachers who are underpaid and less motivated.

Every child deserves an education. But in Kibera, a slum where many families live on one or two dollars a day, school is an impossible luxury. Students, particularly female students, that cannot afford fees are forced to leave school and work, or in some cases marry at a very young age. They have to do household chores and help with selling groceries, fetching water, washing clothes and general cleaning, through which they only earn a meagre income.