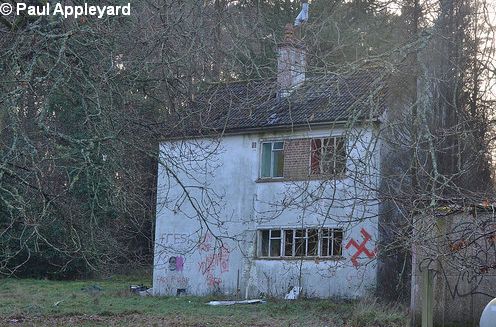 The recent murder of four innocent people in a Jewish supermarket in Paris has brought an unwanted reality into the public eye once again; the rise of anti-Semitism. Attacks across Europe on the Jewish community – such as the shooting of four people in a Jewish museum in Brussels last year and the 2012 murder of the same number in Toulouse – have brought fear and uncertainty to the minority group.

Whilst many believe that this discrimination is cut off from Britain, recent figures suggest that anti-Semitic behaviour is on the rise in the UK, with July 2014 marking the nation’s highest ever recorded levels of anti-Semitism.

END_OF_DOCUMENT_TOKEN_TO_BE_REPLACED

Back in late June, the US State Department and the Yale Program for the Study of Anti-Semitism sponsored a discussion examining the state of anti-Semitism in 2014. At the time, the response was cautiously optimistic. Speakers voiced concerns about the rise of parties like Greece’s Golden Dawn and the loss of Christians in the Middle East, like the Jews before them.

Other incidents, such as the desecration of Jewish cemeteries, loomed large in the background due to their recent addition as crimes against the International Religious Freedom Act of 1998. The final note, however, was that while anti-Semitism may never be eradicated, it can be fought and the current generation can equip the next one to continue that struggle.

END_OF_DOCUMENT_TOKEN_TO_BE_REPLACED

On 8 June 2014, the Presidents of Israel and the Palestinian Authority, Shimon Peres and Mahmoud Abbas, joined Pope Francis for a program of prayer in the Vatican Garden. The three gentlemen, from three monotheistic traditions – Judaism, Islam, and Christianity –  recited prayers for peace, found in each of their traditional sources.

But in many religions, prayer is a verbalized commitment to certain values and goals for which the individual or the group is praying – a commitment that must be followed up with actions. In building a lasting peace, what is most important are the actions; but praying together may be a step in the right direction.

The International Council of Christians and Jews (ICCJ), a framework for dialogue that arose in Europe in the tragic wake of World War II and the Holocaust, has promoted positive inter-religious relations among majorities and minorities for almost seven decades.