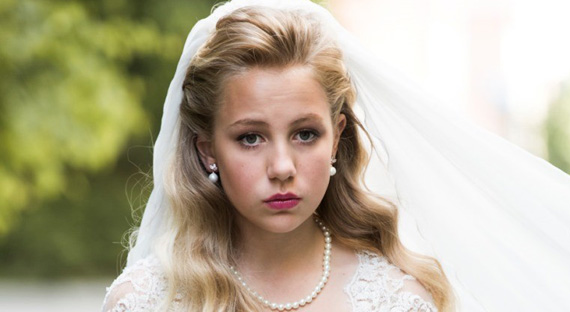 In September this year, Plan Norway created a fake blog to convince the Norwegian public that a 12-year-old girl was to marry a 37-year-old man in October. The pre-teen, Thea, posted regular updates on her blog, explaining her worries about living a life of ‘wifedom’, and soon having to become pregnant. Thea’s blog quickly became the most read in Norway, mobilising people against child marriage and demonstrating the outrage that the practice can generate when brought into light.

The stunt aimed to give a personal face to the 39,000 children – overwhelmingly girls – who are forced into child marriage worldwide every day. Most in the developed world remain ignorant to the issue, with teenage girls’ suffering going tragically unreported.

Teenage marriage is a gross human rights violation, putting millions of girls at risk of sexually transmitted disease, complications in pregnancies, harm to their children and domestic abuse. It also robs children of their childhood and denies them their freedom of choice.

The practice works against women’s liberation by consigning them to a life of economic reliance and domesticity. When girls are married young, they are likely to drop out of education, further limiting their life prospects.

Unicef documented in 2014 that seven hundred million girls alive today were married as children, 250 million of these were married by the time they are 15, with some married as young as eight years old.

Plan International highlight the devastating effect that the practice can have on young children:

“Neither physically nor emotionally ready to become wives and mothers, these girls are at far greater risk of experiencing dangerous complications in pregnancy and childbirth, becoming infected with HIV/AIDS and suffering domestic violence. With little access to education and economic opportunities, they and their families are more likely to live in poverty.”

The average age of girls marrying worldwide was found in a 2014 study by Unicef to have slightly increased in recent years; however, the age of marriage was only found to be rising in higher income families. Due to the remaining prevalence of child marriage in disadvantaged communities, Unicef warned that:

“Without far more intensive and sustained action now from all parts of society, hundreds of millions more girls will suffer profound, permanent, and utterly unnecessary harm.”

Girls worldwide endure a unique suffering as a result of gender discrimination. To create awareness of the cycle of entrapment and violence against girls, the United Nations has made 11th October International Day of the Girl. Illuminating the harmfulness of child marriage in the developing world will bring those who practice it under scrutiny.

Recognising the causes of this practice is essential to uprooting it as a social norm in the developing world. The practice is often a result of tradition, and of deeply ingrained gender discrimination around the world. Girls are often valued far less than boys, and marriage seems the only way they can support their families in these communities. The lack of opportunities for girls means that parents often feel their girls are only capable of marriage and child-bearing. The charity group CARE write:

“In many societies, marriage is the only option for a girl to support herself and be socially respectable. For a lot of child brides, getting married seems like the only way to have a future.”

Global Minorities Alliance counts the empowerment of women and the support of education amongst their main priorities as a charity which fights for the rights of persecuted groups. The charity’s chief executive, Manassi Bernard, made a stand to protect girls who are made to suffer as a result of child marriage, saying:

“Every child in the world deserves to be a child. It doesn’t matter what country a child comes from, what religion a child belongs to or what a community traditionally does – marriage is a union to be entered into by two consenting adults, and no child should be placed in a position where they have to give up their lives to a marriage they don’t want, don’t understand, and aren’t ready for.

Mr Bernard also spoke to highlight how this damaging tradition can be eradicated:

“If girls – and child marriage is an issue which disproportionately effects girls – are empowered through education to know their rights, to know what is appropriate behaviour in terms of child/adult relations and what isn’t, and to know what to do and where to go if they feel threatened, then the tides may turn against the abhorrent practice.”

If girls worldwide are given the tools to support themselves through education, the pressure on families to marry off their children will be eradicated. This will protect girls from the risks to their life prospects, safety, freedom and health which child marriage envelopes. If girls are valued for more than child-bearing in these communities, and they are freed from a life of subjugation, a vital step towards women’s liberation will be taken.

Jack Telford is Global Minorities Alliance’s Media and Investigations Volunteer. He can be contacted via media@globalminorities.co.uk.

1 thought on “Child marriage: how a fake blog shocked the world”